A quick experiment with ImpactJS and Box2D

A few weekends ago, I got to shut myself in with my two brothers and a few friends in the Spotify Gothenburg office. Counterstrike, Nerf gun wars, FIFA tournaments and male bonding ensued! Most importantly, we had a night-long hack trying out Impact for the first time. So much fun!!

As weekends have an unfortunate habit of ending we didn't get too far (also the constant temptation of another CS round didn't help), but leaving the office we did have a working prototype of a classic (same-computer) multiplayer tank game. We built with Impact and Box2D, a very nice although woefully undocumented marriage.

Our little game is woefully simple and light years from completion, but with features like respawn, grace, reload time and recoil, it still feels like the start of something! 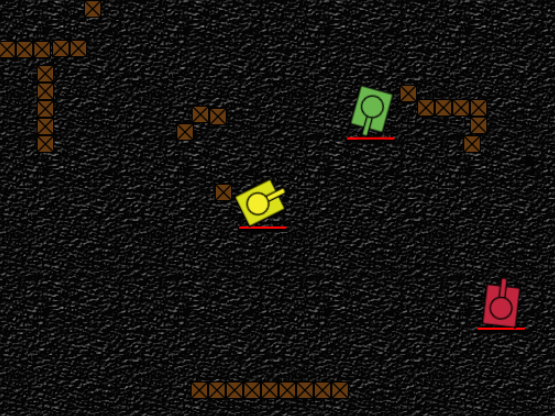 Live link here, repo here (although with minified impact source, as per the license). Only the green tank can actually fire, which gives him an ever so slight advantage...

We used the Box2D tutorial top down car physics as a starting point. It is in java and uses a different Box2D version so it took us a while to get up and running.

Here's a quick rundown of the code in the repo:

The files that make up the non-impact parts of the game (i.e, what we wrote) is all in the live/lib/game folder. This folder contains 3 files:

There are also 5 files in an entities folder, who fit together like thus: 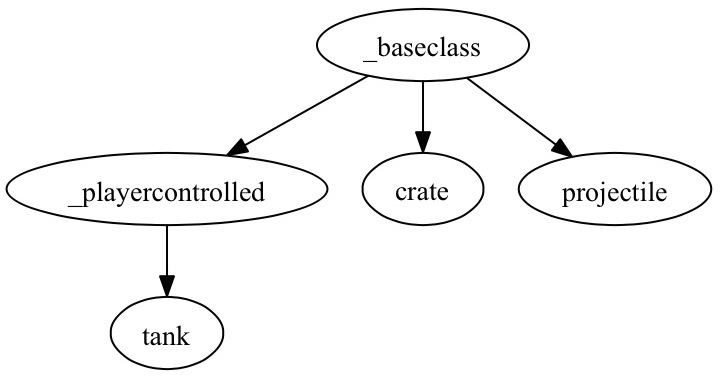 These files do pretty much what you'd think:

The main challenge was deciphering the java code from the tutorial that compensates for lateral velocity:

Here's what we ended up with, in case someone wants to make the same java-javascript transition we did:

Box2D is included as a plugin to Impact. The main hooks into Impact are in collision.js, a file we had to modify rather heavily to get stuff working the way we wanted.